The Geographical Indication (GI) registry examined the issue based on the petition challenging the grant of GI tag to ‘Banglar Rosogolla’ in November 2017 and gave Odisha two months to furnish evidence in favour of their claim on ‘Rasagola’.

A senior official of the GI registry said the adjudication is expected to be held in April and added that if Odisha failed to provide the required data within two months, their petition would be dismissed.

The Regional Development Trust and Odisha Small Industries Corporation (OSIC) had filed a rectification petition in January 2018 against ‘Banglar Rosogolla’.

The consultative group of the GI office, while considering the petition for ‘Odisha Rasagola’, asked that a brief statement describing the special characteristics and unique features of the sweet be provided.

The GI officials also wanted to know from the MD of OSIC how they were benchmarking the syrupy sweet for quality control, inspection and enforcement of GI. 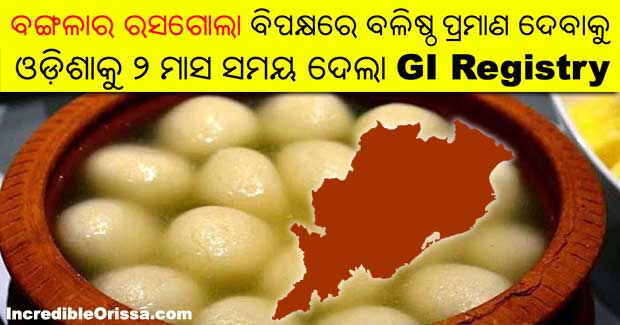