Odisha Chief Minister Naveen Patnaik announced a monetary relief to be paid for 15 days to people affected by cyclone Titli and resultant flooding in Ganjam and Gajapati districts and Gunupur sub-division of Rayagada district.

“On an average a family of four will be assisted with more than Rs 3,000 as relief,” Patnaik told reporters in Bhubaneswar. CM conducted an aerial survey of flood-hit Ganjam, Gajapati and Rayagada districts of the state on Saturday.

Naveen also said: “Safe drinking water will be provided in all blocks within 48 hours. All tube wells will be repaired by Sunday. In the next 24 hours, water supply will be restored in all urban areas. Generator sets will be used wherever required.”

The chief minister said he was waiting for the detailed report of the damage caused due to the cyclone and said agriculture had been badly hit because of it. “House damage and crop damage assessment will start once immediate relief and restoration measures are completed,” he said. 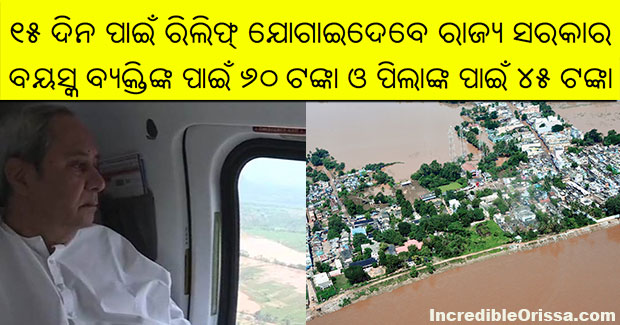 Home > Odia News > Odisha: Relief to be paid for 15 days to people affected by cyclone Titli