Odisha’s Sasmita Malik has been chosen as the ‘2016 Woman Footballer of the Year’ by the All India Football Federation (AIFF). She will get Rs 2 lakh in cash besides a trophy.

This was announced by AIFF president Praful Patel at the AIFF Annual General Body Meeting held at New Delhi today. Mohun Bagan and Chennaiyin FC striker Jeje Lalpekhlua has been nominated as the ‘2016 AIFF Player of the Year’.

She used to play a lot of local tournaments in Bhubaneswar. Later, she joined the Bhubaneswar Sports Hostel which laid the platform for her to join the National Side. Her first break came in 2004 when glimpses of her exceptional talent impressed all; Team India was then touring China.

She has been playing for the Senior National Team since 2007. She is a midfielder who won the national championship with Railways and was part of the national team that won gold in the South Asian championships beating Nepal 4-0.

The All Indian Football Federation (AIFF) has announced the awards for the year 2016 today. 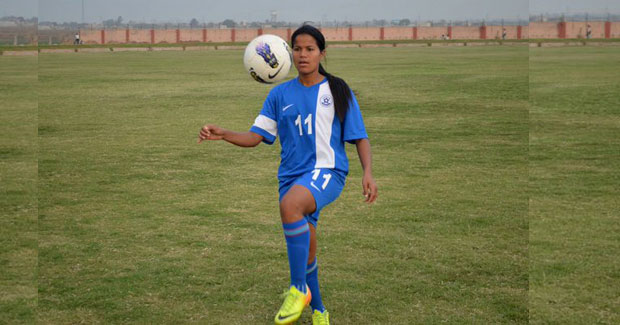