Scientists of Central Rice Research Institute (CRRI) at Bidyadharpur in Odisha’s Cuttack district have developed 7 new varieties of paddy capable of withstanding floods and require a little quantity of water to grow.

CR 207 (Shreemati) can grow with a little quantity of water reserving 30 percent water and can be harvested in 110 days producing an average yield of 40 to 50 quintal of paddy per hectare.

CR 209 (Priya), the minimal water required variety of paddy developed by CRRI scientists, can give an average yield of 40 to 50 quintal par hectare and the rice size will be thin and long.

The CR 409 (Pradhan) can remain submerged up to seven days preventing damage and suitable for water-rice, biryani, fried rice, flattened rice, puffed rice. It can be harvested in 160 days with an average yield of 50 to 75 quintal per hectare.

Similarly, CR 507 (Prasant) will produce an average 47 to 56 quintal having pest resistance power and can be harvested in 160 to 165 days.

CR 800 having qualities of Swarna paddy won’t be affected by leaf burning insects and can be harvested in 140 days with an average 50 quintal yield per hectare.

CR 910 is small in size having aroma and qualities of Basmati rice. It could be harvested 45 quintal per hectare in 145 days.

CR 311 (Mukul) having 10 percent protein and 21 ppm Zinc would be beneficial for economical backward classes.

Among the 7 varieties, which will be made available for farmers very soon, one could be suitable for biryani, fried rice, flattened rice, puffed rice etc., informed a CRRI official. 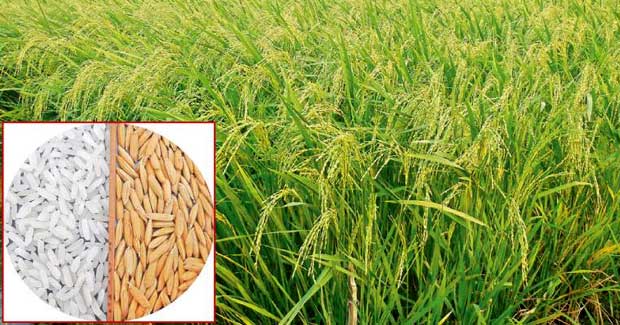