The All India Council of Sports has advised the Odisha government to include sports, physical education and yoga as compulsory subjects in the school curriculum in an effort to foster an environment which can support athletes who could go on to participate in the Olympic Games of 2020, 2024 and 2028.

The council has asked Odisha to follow Andhra Pradesh model where physical education and sports has been included in the curriculum from class I to X.

The state that has seen the rise of homegrown Olympians like Srabani Nanda, Dilip Tirkey, Dutee Chand and Rachita Mistry will now be taking steps to internalise the process of nurturing athletes for the international games.

“Taking into account dismal performance of India in the last Rio Olympics, the main objective is to emphasise sports from grass-root level and to ensure that India emerges as global power in sports,” read a letter from sports and youth affairs secretary Vishal Dev to the school and mass education department.

According to the draft policy, children in primary classes will have at least three periods for sports and physical education every week while in high schools there will be at least six periods for sports in a week. One ‘Kreeda Vikas Kendra’ will be constructed in each of the Assembly constituencies with facilities for both indoor and outdoor games.

The centre will be constructed in six acres of land with an investment of Rs two crore each. There should also be provisions for developing a playfield in every village by mobilising funds from MGNREGA with an expense of Rs five lakh. Other facilities like toilets, drinking water, change room, and fencing will be constructed through convergence with various national and state programmes. 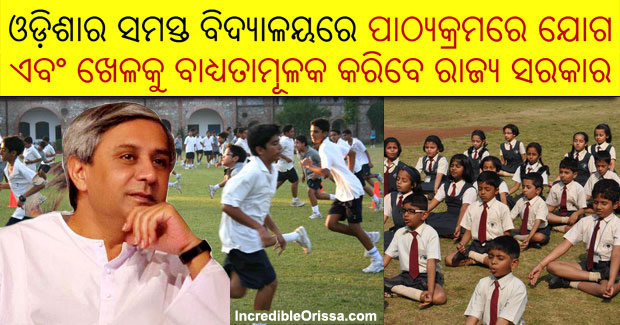