We have seen Srabani Nanda’s photo with Usain Bolt during the Rio Olympics, and now Odisha sprinter has started her training in Jamaica, where the fastest man on earth hails from.

Srabani Nanda, the leading female athlete from Odisha, who had participated in Rio Olympics has got a golden opportunity to train at MVP Track Club in Jamaica.

This club is known for legendary female sprinter Shelly-Ann-Fraser Pryce. Pryce, who won three consecutive Olympics gold medals in 100 meters at Bejing, London and in Rio, trains at this club.

The 25-year-old athlete has reached Kingston where she will be based until May 2017. She has been accompanied to Jamaica by her coach from Bengal, Tarun Saha, and her personal physio.

Saha said on Wednesday,”We had an offer actually, but it was informal. In Rio Olympics, Srabani, one of the ardent fans of Fraser-Pryce, could meet the Jamaican legend and asked her for advices. From that brief conversation, Srabani got an informal offer to train at MVP Track Club.”

But the interesting part in the whole incident is that, it was Odisha Sports Ministry who took a huge initiative for Srabani Nanda, after the girl returned from Rio and conveyed messages which she had with Fraser-Pryce.

According to Saha,”I have never heard any state sports ministry, taking such initiative and spending all the required money for athletics. Thanks to Odisha sports ministry for its tremendous support. Otherwise it would not have been possible for Srabani to go to Jamaica.”

The head coach of MVP Track & Field Club, Paul Francis, has advised Srabani to undergo a certain diet routine which she is following to gain more strength. Her daily routine includes three rounds of practice.

The Odisha government also plans to send runner Dutee Chand to Jamaica, it is learnt. 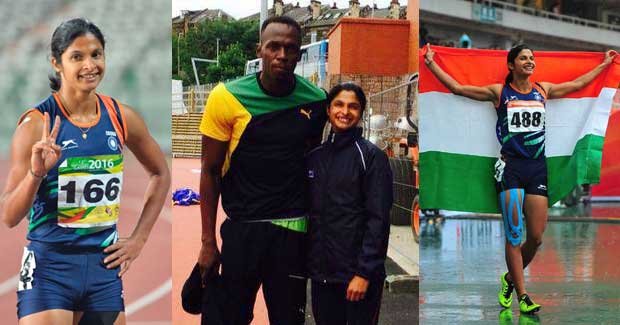