With an aim to give a boost to the Odia film industry and to establish Odisha as a destination of film shooting, the State government formulated Odisha State Film Policy-2019.

The policy will promote quality Odia films, facilitate film tourism in the state, establish Odisha as a destination for film shooting and improve screen density in the state.

“To encourage filmmakers to shoot in Odisha, a subsidy up to Rs 2.5 crore shall be provided to English/ Hindi/ other language films that promote Odisha, its culture, heritage, tourist destinations and to Odia films which convey aesthetic excellence, high technical standards and social relevance, up to two additional eligible films by the same filmmakers shall be provided with a subsidy of Rs 4 crore,” the policy said.

This apart, the State government will provide an assistance of Rs 10 crore to the first three big budget Hindi or International language films, having a minimum budget of Rs 50 crore, which promote Odisha, its culture, heritage, tourist destination and others. Besides, the policy also provides concession to filmmakers on their stay during shooting in Odisha.

Besides, the policy also aims to develop Kalinga Studio, which is now in dilapidated condition, into a world-class studio. It also focuses on the development of film cities, cinema halls and multiplex in the State through appropriate incentives. 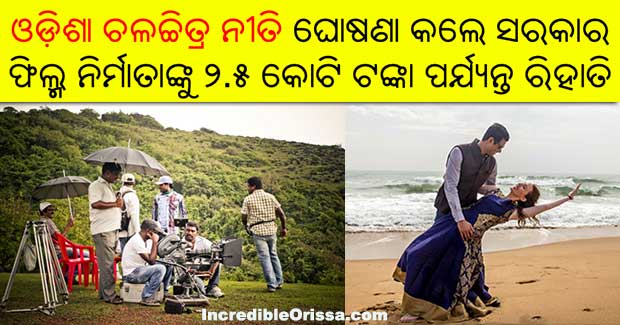