A Class 9 student from Odisha made the State and country proud to have opportunity to work with the National Aeronautics and Space Administration (NASA) as the data scientist.

The little scientist Sumit Kumar Sahu from Baripada town of Odisha’s Mayurbhanj district was appointed for the world’s reputed space institution as the junior data scientist.

Sumit’s father works as an electrical engineer in Saudi Arabia while his mother is a housewife. Now, he receives online coaching from a Bhubaneswar-based coaching centre Saturdays and Sundays.

But NASA has laid some conditions to ensure a job for him. Sumit must clear the matriculation exam with 61 per cent or more. From the current academic year, NASA will offer scholarship for Sumit.

NASA has also said that it would take the responsibility of his education at Texila American University if he passes out with that percentage of mark. At the same time, he will be working as a data scientist at NASA. 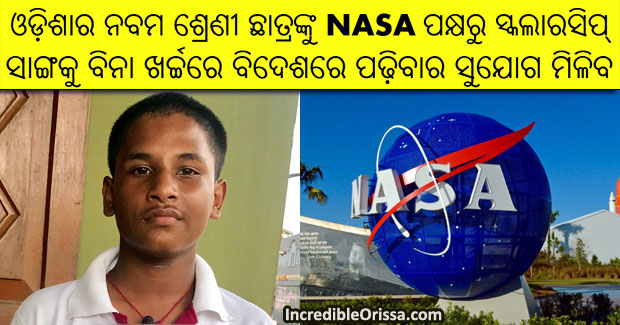