A Plus 2 science student from Odisha’s Balasore district has claimed to have made a humanoid robot, which, with artificial intelligence algorithms, can guard the border.

17-year-old Neelamadhab Behera of Santaragadia village has made the humanoid robot, first of its kind in the State, which many of his age group would not even dare to think. A student of Talanagar College near Soro has spent around Rs 4 lakh for the project and made it successful in just over a year.

Besides, the humanoid robot – Atom 3.7 – as dubbed by the teenager, can be used to replace human workforce in many fields such as defence, automation, entertainment, education, manufacturing industry and home services.

“I started working on it in January last year and the robot was completed earlier this month. The 4.7-foot high robot, weighing around 30 kg, runs in basic programming. It has 14 sensors and five controllers,” he said.

Son of school teacher Shashikant Behera, Neelamadhab had been fond of technology since his childhood. He had a special attraction for scientific toys.

His laboratory was his asbestos-roofed and a mud-walled house where he worked during nights to give shape to his dream. Though initially, his father was not confident, he, however, extended financial support after Neelamadhab convinced him that it would be Odisha’s first humanoid robot.

Neelamadhab said he needs more money to make the robot fully perfect and wants to pursue higher education in robotics. He has started working on his next project – a multi-rotor drone, which will be of help for safety and security of women. 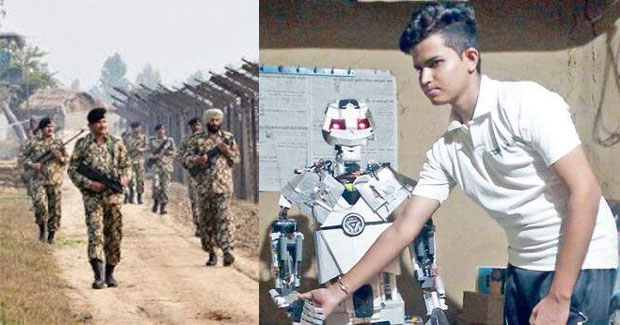