Odisha students developed an Artificial Intelligence (AI) enabled system that can detect even small cracks on the railway tracks a kilometer ahead and prevent accidents.

A team of students at Sambalpur’s Veer Surendra Sai University of Technology (VSSUT) has achieved the major feat. The system also sends an alert signal to the nearest railway office from the train in case of fault detection.

Under the system, the railway track is equipped with a vibration sensor – PVDF — which is integrated with an NFC/Bluetooth module. Real-time data transmission takes place to trains in the zone. The specially developed algorithm as also the software helps in analyzing the results and giving a warning signal to the train driver.

The current methodologies under consideration for safety monitoring of railway tracks require involvement of large manpower and an ultrasonic detector. A new Satellite Synthetic Aperture Radar Interferometry (InSAR) technology has been developed and is under lab tests for improvements before it is introduced formally for rail safety.

But no new system so far had the potential for real-time monitoring and warning a running train on the track, the team of students noted. 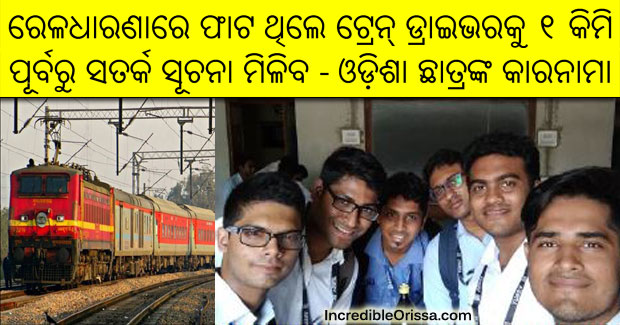