The 6 were among the 31 selected students who bagged the award out of the 55,089 entries received by National Innovation of India (NIF), an autonomous body of the department of science and technology, which announces the award every year on October 15, Dr APJ Abdul Kalam’s birthday, which is celebrated as the Children’s Creativity and Innovation Day by NIF.

IGNITE is national competition of original technological ideas and innovations by children up to class 12 or those out of school up to the age of 17 years. The competition ran from September 1, 2015 to August 31, 2016 during which time 55,089 entries were received from 458 districts.

All students will leave for New Delhi on November 5 and receive their awards from President Pranab Mukherjee at Rashtrapati Bhavan on November 7. 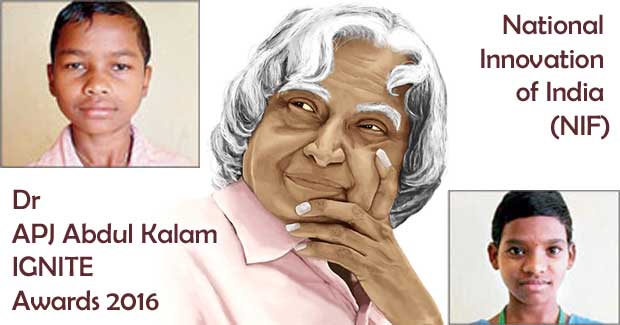