Benudhar Sahu, the dancing traffic police of Odisha is featured in Google’s ‘India in a day’ documentary video.

Just ahead of the Republic Day 2016, Google India has come up with this revolutionary initiative called India in a Day. This project deals with capturing the essence of India in a day’s span. What makes this initiative different is the fact that this is not made by Google, but is a crowd sourced documentary project.

The video flashes through India’s many snow clad mountains to traffic jams in different cities as the video says, “There’s nothing in this country that you can’t do, you just need to get out of your bed and do it man.”

The project which solely relies on footage captured by participants, was first screened during Sundar Pichai’s keynote at the Google for India event, held in December, last year. 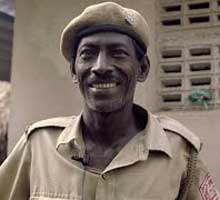 The video sheds light on how technology and internet revolutionized the lives of people living in the most remote parts of the country.

CHECK: ISKCON to construct a Jagannath temple in Puri