A five-judge constitution bench unanimously decriminalised private homosexual acts between consenting adults, striking down as unconstitutional a British-era provision that punished such acts with jail terms up to life.

The Supreme Court judgement on September 6 struck down IPC 377 Section and has paved the way for dignified living for LGBTQ (lesbian, gay, bisexual, transgender and queer) community.

The court should now stamp its seal of approval on same-sex marriage, inheritance of property in accordance with right to equality, said Aishwarya Rutuparna Pradhan, whom the Odisha government has conferred transgender identity through a gazette notification on 2017.

Making no secret of her personal life, Ms Pradhan said her two-year-old live-in relationship would now culminate in marriage. She hopes to adopt a baby, if the law allows it. 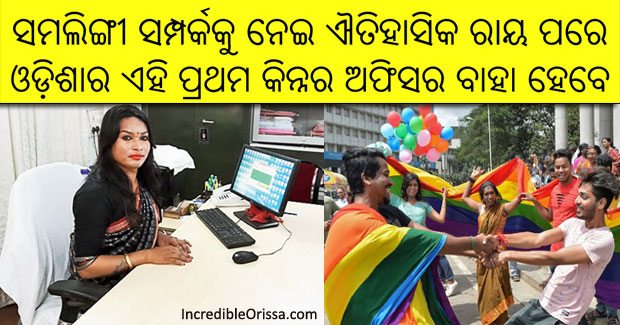