Odisha, is the only State in the country, to have formulated all tribal bilingual dictionaries and trilingual tribal language proficiency modules.

Stating that tribal language is the vehicle of a culture, Naveen announced the decision of the State Government to give the status of Odisha State Tribal Museum to the tribal museum located in the campus of Scheduled Castes and Scheduled Tribes Research and Training Institute (SCSTRTI).

The museum has been greatly appreciated and acknowledged by the Culture Division of UNESCO and Ministry of Tribal Affairs has identified the museum as a model for other states to replicate. Director and Special Secretary of SCSTRTI Prof Akhila Bihari Ota said, the tribal dictionaries have been formulated as part of an endeavour by Special Development Councils (SDC). “The State Government has established nine SDCs in nine tribal districts with a view to promote, protect and preserve tribal culture,” he said. 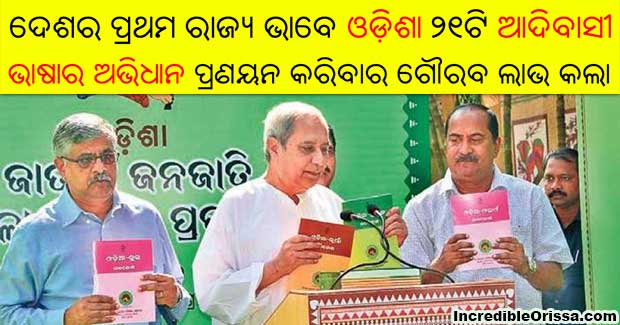