As per the fifth annual employment-unemployment survey of households released by Labour Bureau, unemployment rate of females was at 8.7 per cent at all-India level, as against 4 per cent for males and 4.3 per cent of transgenders.

In Odisha, average of 298 families in every 1000 families are able to earn less than 5000 rupees on every month.

It means 29.8 % of families in Odisha are maintaing their families at a cost of less than 166 rupees per day. In rural Odisha, this percentage is 32.9 %.

In urban Odisha, the situation is little better than rural part. In urban Odisha there are 129 families in 1000 families whose income is less than 166 rupees every day.

This statistics have been come out in a recent survey conducted by Labour Bureau of Govt of India. The survey was conducted on all India basis related employment and unemployment.

This survey report is reflecting that Odisha’s employment-unemployment condition is in a worst situation than the other neighbouring states.

According to the survey, an average of 37 families in per 1000 families, there is no income capable person in a family.

ALSO READ: Husband can divorce wife if she separates him from his parents 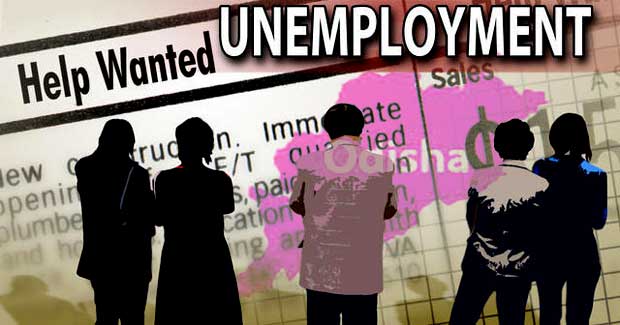