Three Odisha Universities will be made world class and 40 NRI Odia professors in US will give tech support, informed Chief Secretary AP Padhi after the video conferencing with Sam Pitroda.

Recommendation will be sought from 1000 experts for digitised administration in Odisha varsities.

It should be noted that Telecom wizard and inventor Dr Sam Pitroda was appointed as Adviser (Technology), to the Government of Odisha of the rank of a Cabinet Minister but without any salary on 6th January, 2016.

The appointment of Dr Pitroda for development of telecom, electronics, IT, ITES sectors of the state was announced by the State government at the beginning of this year.

It is hoped that Dr. Pitroda, who was born on 4th May 1942 in Titilagarh in Balangir district of Odisha and in 1964 traveled to Chicago to study electrical engineering, will help provide the essential technological blueprint to write the IT story of Odisha and he will have a key role in Vision 2036 for “Odisha at 100”.

The Government of Odisha is making a vision document for 2036 to celebrate the 100 years of State’s formation, the role of IT will be a key factor. Odisha was founded as a separate State in 1936. 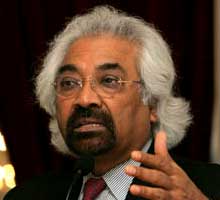