Chief Secretary AP Padhi directed the Mission to complete preparation of the action plan for housing to urban poor in all 114 ULBs on saturation mode by end of October, 2018. Construction of around 33,000 houses have been put on fast track in different ULBs in the last four months and around 10,000 houses have been completed. The balance 23,000 are in different stages of completion, said Odisha Urban Housing Mission Director Suresh Chandra Dalai.

Under the Mission, the beneficiaries are given assistance of Rs 2 lakh each from various schemes through convergence for construction of house. Around Rs 1.5 lakh comes from Pradhan Mantri Awas Yojana (PMAY) and Rs 50,000 additional fund is provided by the State Government. Apart from this, Rs 8,000 is provided under urban sanitation scheme for construction of household toilet.

Recognizing the need for an effective and efficient institutional mechanism for achieving the objectives of ‘Housing for All’ in urban areas, AWAAS was launched by the honourable Chief Minister of Odisha on 11th October, 2015.

It aims to create surplus housing stock through different strategic development models and ensure shelter for every identified homeless in the state including temporary migrants, through provisioning of permanent residential EWS & LIG units, as well as rental housing. 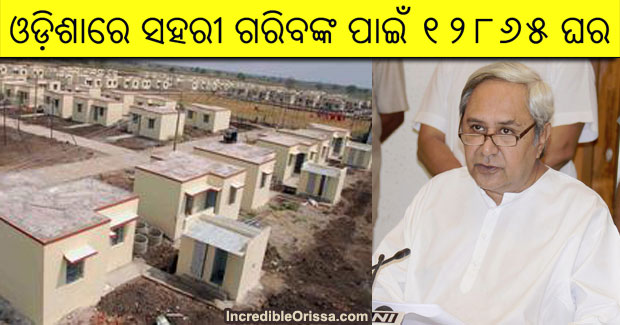