A day after Odia BSF jawan Pitabas Majhi was cremated in his village, Odisha chief minister Naveen Patnaik on Monday announced an ex-gratia of Rs 10 lakh for his family.

The CM also announced monthly pension of Rs 2000 for the next of the kin of the soldier of 34 Rashtriya Rifles, an elite anti-insurgency unit of Army. Majhi, who had last come home on August 26 during Rath Yatra was the mainstay of the household. He looked after his 5 other brothers and their families with his own income.

Majhi was supposed to visit his home on September 25 where his 8-month pregnant wife Bedamati and parents Rudra Singh Majhi and Chadre Majhi were waiting for him along with other siblings.

Pitabas Majhi, 30, a gunner with 34 Rashtriya Rifles Battalion since 2008, was admitted to hospital after suffering grievous injuries during a combing operation on September 22 at Uri area of Kashmir.

The compensation would of Rs 5 lakh each would be released from Defence and Para-Military Personnel Relief Fund and Chief Minister’s Relief Fund. 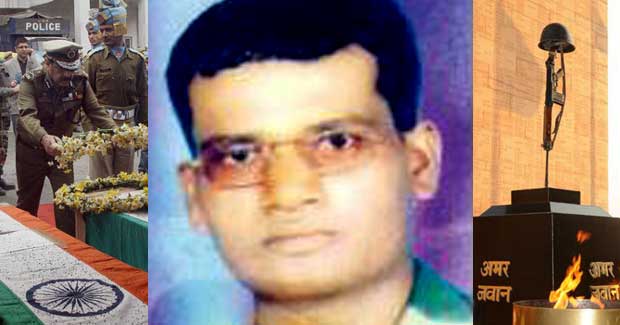