Odisha Chief Minister Naveen Patnaik announced that villages, panchayats and blocks will be awarded for keeping the environment clean to encourage people to work towards cleanliness.

Announcing the scheme while interacting with more than 1.5 lakh villagers of 10 districts through video conferencing, Odisha chief minister Naveen Patnaik stressed on making the state open-defecation free by using toilets at rural pockets.

He advised villagers to stay healthy and keep surroundings clean so that they can serve their families, society and country in a better way. He discussed the issue with people of 10 districts during the programme. Health of the people is linked to the economy and development of the country, he said and added that keeping the environment clean is most important.

However, the Odisha government is yet to make an announcement on the prize money that would be given to the village under the scheme. “The modalities are yet to be worked out. It would be announced shortly. The focus is to keep the environment clean and the chief minister stressed on the use of toilets,” said an official.

The state government now provides funds to the tune of Rs 12,000 a toilet from the Centre’s Swachha Bharat scheme to below-poverty-line beneficiaries to construct toilets.

ALSO READ: Direct flights from Bhubaneswar to Dubai and Colombo 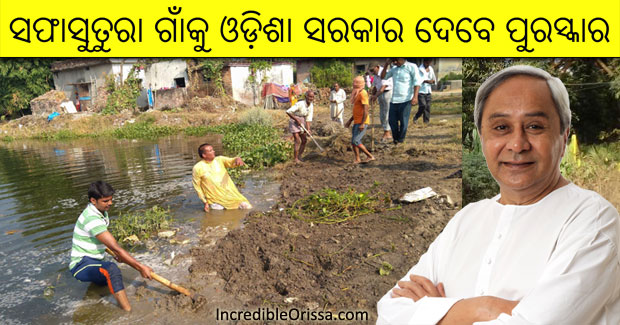