K Ravi Kumar wins a silver medal in Glasgow Commonwealth Games 2014 in the 77-kg category and this winning performance of the star weightlifter from Odisha has led to celebrations in his home town of Brahmapur with family members distributing sweets after his victory.

Ravikumar lifted 142 kg in snatch and 175 kg in clean & jerk to win the silver in the event in which compatriot Satish Shivalingam from Tamil Nadu won the gold.

This was the first time he participated in the 77 kg category.

The Odisha Olympic Association (OOA) has announced a cash award of Rs 50,000 for star weightlifter.

He also complimented Narayan Sahu, honorary secretary of Odisha Weightlifting Association and the members of the Shree Hanuman club in Brahmapur town, where Ravi Kumar trained in his formative years. 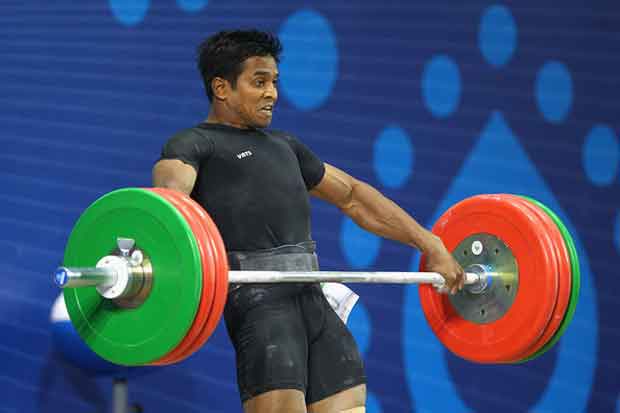