Host Odisha won the Sub Junior Girls National Football Championship 2015-16 after they defeated Manipur 2-0 in the final at Barabati Stadium on Tuesday.

Odisha scored the first goal through Malati Naik in the 44th minute after receiving a lovely corner kick pass from Banya Kabiraj. She scored the second goal in the 77th minute.

In the semifinals, Odisha came from behind to beat Haryana 2-1, while Manipur edged past Chandigarh by identical margin. Odisha qualified for the semifinals by winning all three of their Group-II quarterfinal league matches. They thrashed Telengana 6-0, Manipur 3-0 and Tamil Nadu 7-2. 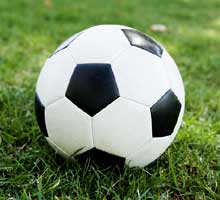 Overall, Odisha girls have won seven matches in a row to win the title. They earlier started campaign with a 4-0 win over Gujarat and then trounced Kerala 9-0 in Group-B league. The championship, featuring 21 teams, was organised by Football Association of Odisha at Barabati Stadium and Satyabrata Stadium from January 10.

Congratulating the team members for their sterling performance, the Football Association Odisha announced a cash award of Rs 50,000.