The Odisha Police have arrested a woman who mercilessly dragged her mother-in-law on a road in broad daylight.

A witness who shot the video did not come forward to help nor did passersby. All of them stood as mute spectators as the 75-year-old woman was being thrashed and dragged mercilessly.

In the visuals, the senior citizen is seen shrieking in pain as she pleads her daughter-in-law to stop the assault. Police reached for help as soon as the matter came to light and the visuals went viral.

The matter pertains to Talapali village under Gaisilat block in Odisha’s Bargarh district. The name of the accused is Balamati and is now in custody.

Additional Superintendent of Police Yashobant Senapati said, “The incident took place at about 8 am on Thursday. The accused first thrashed her elderly mother-in-law in her house and later dragged her on the village road.”

Preliminary investigation has revealed that the accused had land-related disputes with her mother-in-law, Senapati said. 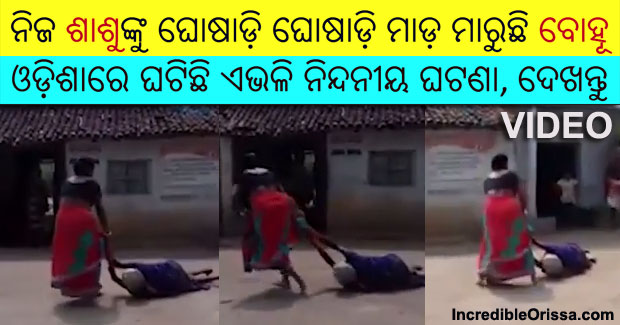