A woman in Keonjhar district of Odisha has started driving an auto-rickshaw to earn bread and butter for her family.

Santoshini Deo of Bada Amuni village under Sadar block in Keonjhar created a record of sorts by becoming the first woman from Keonjhar district to drive an auto-rickshaw and has set an example for scores of women to emulate.

She has been driving the vehicle to earn a living for her daughter, elderly parents and two younger brothers, who are dependent on her.

The profession was traditionally considered a male bastion and unusual for women.

Initially, passengers were apprehensive about sitting in Santoshini’s auto, but many safe journeys later, she has many takers.

Sources said Santoshi, is the daughter of a retired army man and she was married of to a youth when her father was posted in Haryana. As fate could have it, the marriage was shot-lived as her husband deserted her for another girl after the birth of a daughter.

She was left alone to support herself and her daughter. She decided not to give up and become self-reliant.

She decided to drive an auto to sustain her family and look after old parents. She bought the auto by taking a loan from bank. She learnt driving from a good samaritan. Santoshini has been driving the auto for the past two weeks.

She is encouraged by her father in her new venture. She thought of to do something and prove that girls are no less in comparison to boys.

Santoshini has become an example for other women in distress. The administration as well as different organizations should felicitate her to encourage other women.

ALSO READ: How Konark temple was built and destroyed – Find the answer here 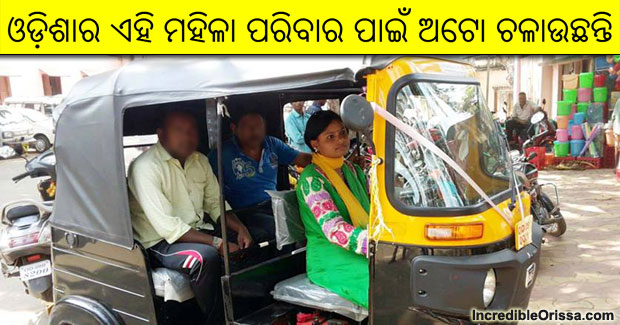