Women in Odisha live longer than men due to various women-centric healthcare initiatives undertaken by both the centre and the state.

In Odisha, the average life expectancy of women is 67.1 years compared to 64.7 years for men, the recently released ‘Life Table’ undertaken by Sample Registration System (SRS) for the period 2010-14 revealed.

This is significantly higher than the figures from four decades back (1970-75), when the average life expectancy of men in Odisha was 46 years while that of women, 45.3 years.

At the national level too women (69.6 years) are being seen to be outliving men (66.4 years). While a girl born in India today is expected to live for 65 years, the average life expectancy of a male child stands at 63.

“Biologically women should live longer than men. But high pregnancy related deaths and lack of focus on health and nutrition led to lower life expectancy earlier. However, with maternal and child health becoming the focus of healthcare initiatives these days, a woman’s life expectancy has increased a lot,” Vikas Bhatia, professor of community medicine at AIIMS Bhubaneswar, said.

Under the centrally funded Janani O Sishu Suraksha Karyakram (JSSK), launched in the state in 2011, the government bears all delivery related costs including transport and child care. Besides this, in 2011 the state had also launched the Mamata scheme, under which the government pays Rs 5,000 to pregnant women living in villages. The payment is done in four instalments – Rs 1500 after six months of pregnancy with registration and vaccination in an anganwadi centre, another Rs 1500 when the new born is three months old and two more instalments of Rs 1000 each when the new born is six and nine months old, respectively.

ALSO READ: Odisha to set up 122 warning towers for Cyclone and Tsunami 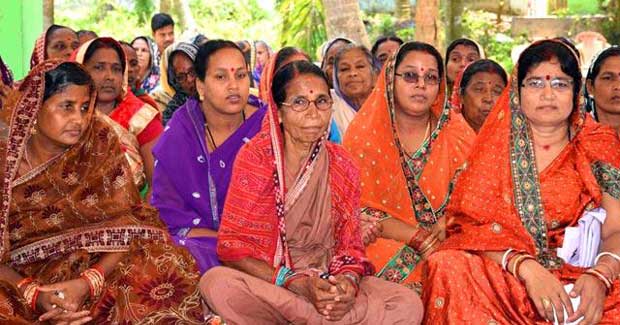