Arun Maharana, a wood handicraft artist from a small village in Kalahandi district of Odisha, gained immense popularity pan-India when his idols were gifted to former US President Barack Obama by the Indian government.

He not only has earned a name for himself but has also provided employment to many youths by training them across the state.

Following the footsteps of his father and grandfather, Arun makes versatile wood idols with his hands without using any machine.

The art has become the source of livelihood for thousands of people in the nearby villages. He sends his wood idols to places as far as Chennai, Kolkata, and Goa. Demand for his idols abroad is a new first for this Odisha-based artist. 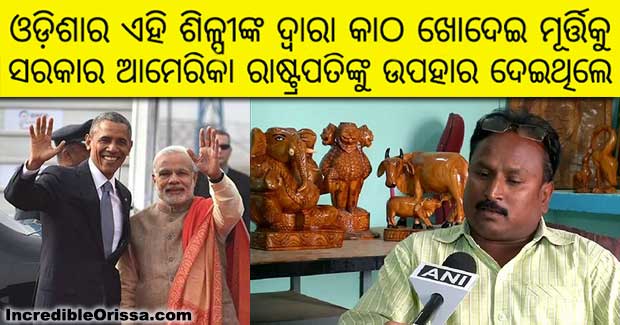