Yashita gathered seven points by the end of eleven rounds in the FIDE Chess Championship held at Georgia from October 18 to 31.

She finished 16th by registering six win, two draw and three defeats. She started the meet with 25th rank and gained 24 elo rating.

The tournament was played using the Swiss System with 11 rounds. The national rankings was not taken into account for pairings.

This rate of play is in accordance with Fide rules: 90 minutes for the first 40 moves followed by 30 minutes for the rest of the game with an addition of 30 seconds per move starting from move one. Default time is 15 minutes. 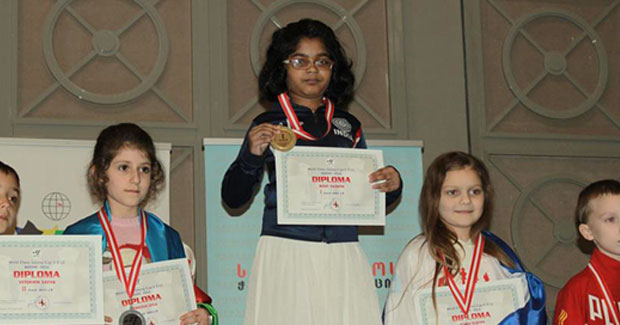