Odia singer Barnali Hota has released her version of the sultry item number ‘Dilbar’ on social media. Roshni Naik’s Odissi performance on the beats of this cover song made the video an interesting watch.

The new version of ’90s famous song Dilbar for Satyameva Jayate is a sensation now. The song, inspired by Sushmita Sen’s popular dance number, features Nora Fatehi and John Abraham. It has been recreated by Tanishk Bagchi and sung by Neha Kakkar, Dhvani and Alka Yagnik whose voice has been kept from the original composition.

“I really do not think that fusing a classical art form with Bollywood or western music is derogatory. Rather, I respect the people who have the courage to do it,” said Barnali Hota.

Barnali was one of the top 6 contestants in the biggest singing reality show on Zee TV, Sa Re Ga Ma Pa Li’l Champs in 2011 and was the runners-up of another singing reality show in 2017, Dil Hai Hindustani on Star Plus, where she teamed up with a Mumbai-based band, Euphony. 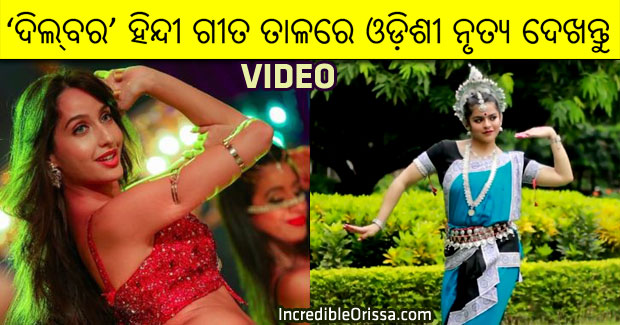