OJM has declared candidates for 2 Lok Sabha seats and 15 Assembly constituencies in the first phase.

The candidates were selected at a meeting presided over by OJM president Pyarimohan Mohapatra. 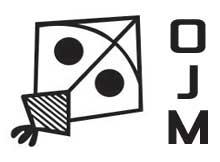