Odisha Mining Corporation (OMC) has signed a Memorandum of Understanding (MoU) with the Delhi-based Centre for Social Responsibility & Leadership (CSRL) to select 30 meritorious and talented students each year from economically backward sections of state and train them for the IIT.

As per the MoU, CSRL would provide an 11-month IIT coaching to 30 students from Odisha and the OMC would invest Rs 2.5 lakh for each student from its Corporate Social Responsibility (CSR) fund towards this.

The total investment for the coaching, called “OMC Odia Super 30” would be Rs 75 lakh per year.

The CSRL officials, during their visit to several colleges in various districts, will conduct a primary selection of students of which 30 students would be selected finally for coaching after a state-level written and viva voce test to be held in March next year. 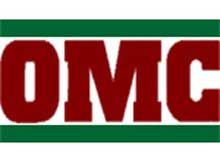 Similar free educational program, called ‘Super 30’ started in Bihar under the banner of Ramanujan School of Mathematics, by Anand Kumar in 2002. This program is so much successful that, Time Magazine has selected mathematician Anand Kumar’s school – Super 30 – in the list of Best of Asia 2010. Super 30 received praise from United States President Barack Obama’s special envoy Rashad Hussain, who termed it the best institute in India.