Odisha State Cooperative Milk Producers’ Federation Limited (OMFED) has increased the price of its packaged milk by Rs 4 per litre in the state.

While the price of ‘Premium’ and ‘Gold Premium’ milk variants were earlier Rs 40 per litre, it rose to Rs 44 with the hike. Similarly, the rate of ‘Toned’ milk variant increased to Rs 38 per litre from Rs 34. The new price will come into effect from September 27.

The rate of OMFED milk had remained unchanged since December 2014. Minister for Agriculture and Farmers’ Empowerment Arun Sahoo had recently said that there was a demand for hike in the milk price from dairy farmers.

OMFED, which has majority stakes in the state’s milk market, said that profits generated from the higher-margin would go directly to the farmers.

However, the increase in milk prices has not gone down well with consumers as they opposed the move of OMFED. 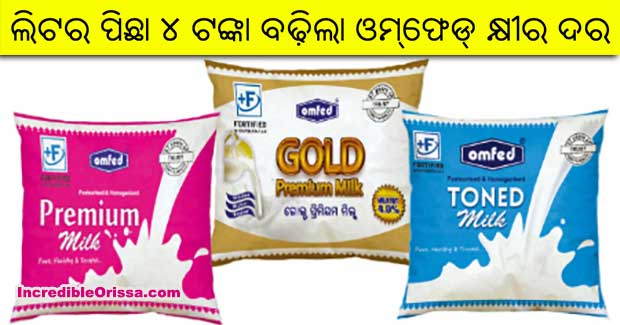