It is common to have known states and countries being named by after great people but you will be amazed that an international foot archery performer (Orissa Kelly) has named after this beautiful state Odisha.

Orissa Kelly is an Acrobatic Archer who performed in Britain’s Got Talent. Foot archery is her main skill wherein she is involved in shooting a bow & arrow from unusual acrobatic positions. It also includes aiming the arrow from her feet in a handstand pose.

Orissa Kelly’s birth has been considered to be a miracle in her family. Shunning all hopes of not being able to have another child, Kelly’s parents once travelled to Odisha. Only on this trip did they realize of having their heart’s desire to come true. Since then, their wondrous daughter has been named as Orissa Kelly. This was her parents’ way to symbolize their fondness towards Odisha where they had been so overjoyed for being blessed with a daughter.

Over all these years, Kelly has adored this name. Just like her novel acrobatic profession, she feels her name to be unique as well. On being inquired by others about her name’s strangeness, she gladly responds to be called after one of the incredible Indian states which is so close to her heart. Moreover, Orissa prides on being named after Odisha, which she feels is exquisitely rich in culture & serves some relishing dishes. We simply couldn’t have agreed more to her!

Well, has there been any vivid memory which Orissa Kelly recalls of her birth-state? Yes, there are! Kelly reminisces herself to be spending a lot of time in the beaches of Puri, back when she was a little one. Building sand-castles & swimming in the sea are her favorite childhood reminders. Interestingly, on her trips to the caves here, she has often been chased by the monkeys, who did not mind considering Kelly as one of them while she used to practice her acrobatic skills.

The 21-year-old Kelly currently lives in London, but she has often travelled to Odisha for worshipping Lord Jagannath. While has seen the magnificent temples of the state, her last trip to Odisha on 2013 has allured Kelly towards the grandness of Konark Sun Temple. She loves visiting Odisha for a spiritual retreat & even preaches in front of all about her state’s distinctiveness. 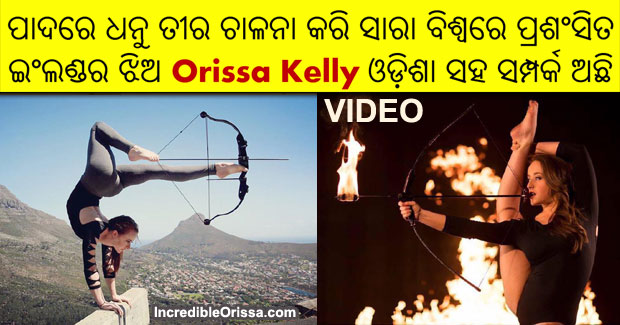