Rao bagged the award for providing affordable education to slum children, while Naik and Pujari were felicitated for their contribution to social work and agriculture respectively.

Rao, who runs a tea stall in Cuttack, has been working tirelessly towards providing education to slum children through his primary school, Asha o Aswasana, in Cuttack.

Daitari Naik of Keonjhar carved out a 3-km-long canal from a mountain stream to water his agricultural fields.

Kamala Pujhari, a tribal woman from Koraput, was honoured for her commendable job in preserving an indigenous paddy variety. She is a member of the Odisha Planning Board.

Notably, this year, 112 personalities were selected for the Padma awards, which were announced on the eve of Republic Day. The first set of padma award was given on 11th of this month. 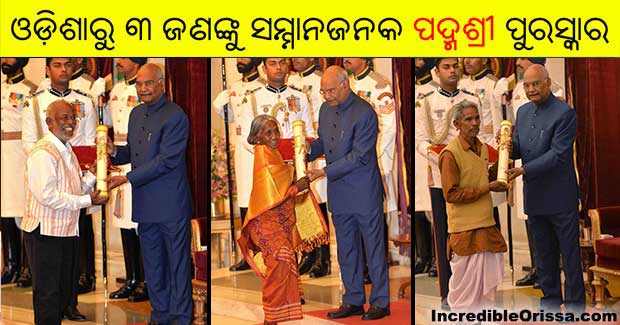