Odisha’s Padmini Rout on Tuesday earned laurels to the State as she won the Asian Continental Chess Championship-2018 in Philippines.

The International Master and Woman Grandmaster won the gold medal by securing 7 points from a total of 9 rounds in the tournament. With the win, the 24-year-old chess master has also secured qualification for the Women’s World Chess Championships scheduled to take place in 2020.

Padmini Rout was tied at 7 points at the end of nine rounds with Singapore’s WGM Qianyun Gong, who defeated WFM Turmunkh Munkhzul of Mongolia in the final round with black but emerged victorious on the basis of better tie break score.

On the other hand, swimmer Pratyasa Ray has won silver medal by clocking 2.34:79 minutes in U-17 girls 200 metre backstroke event at the ongoing 64th National School Games Swimming Championships at Talkotra Stadium in Delhi.

ALSO READ: Gates of Puri Jagannath Temple to open at 1.30 am on New Year day 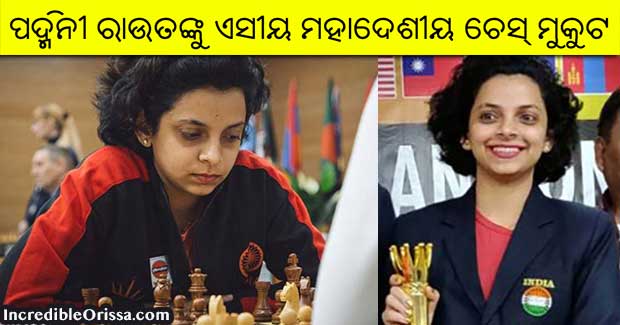