Padmini, playing black against former national champion Tania Sachdev of Air India, was content to go for routine exchanges in a Queen’s Gambit declined. Her strategy paid rich dividends as Tania faltered in the rook and pawn ending, enabling Padmini to set up a straightforward win, with her extra pawn.

Padmini Rout, who plays the bottom ranker K. Priyanka in the final round, now has an insurmountable score of 8.5 points.

International Master Padmini, who suffered a draw and a loss to fall behind in the title race, showed her mettle in the second half of the tournament with a series of fine performances to tally 8.5 points from 10 rounds. 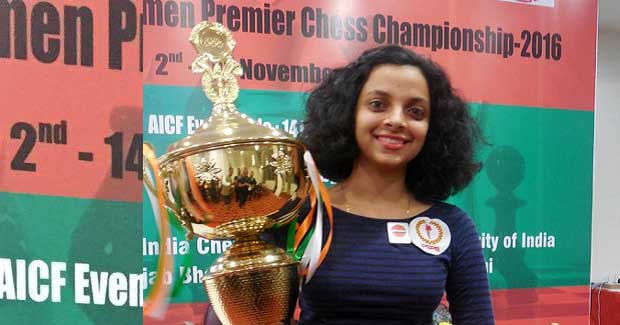