On 20th March 2021 (Saturday), Odia people all over the world are celebrating Pakhala Divas (Pakhala Dibasa). In a move to promote Odia food, the people of Odisha decided to celebrate this day.

‘Pakhaḷa’ is an Odia term for an food consisting of cooked rice washed or little fermented in water. The liquid part is known as ‘toraṇi’. It is unknown when pakhaḷa was first included in the daily diet of Eastern India, but it was included in the recipe of Lord Jagannath Temple of Puri. Having varied classifications, ‘Pakhala’ can be ‘Jeera Pakhala’, ‘Dahi Pakhala’, ‘Basi Pakhala, ‘Saja Pakhala’ and ‘Chaiin Pakhala’.

Pakhala is widely eaten in the eastern part of the Indian subcontinent (including Nepal, Bangladesh and some part of Myanmar) among common people. Later the Five Star Hotels of Bhubaneswar included it in their menu and commercialized it to attract the guests, who love to taste Oriental cuisine.

WATCH: Odissi dance on Ed Sheeran’s ‘Shape of You’ song 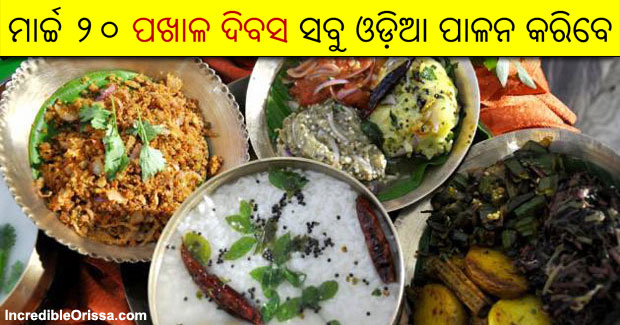