Shashanka Sekhar Dash, known as the Paperboy of Odisha, till date, has collected 4,012 newspapers so far in 78 languages and they are from 87 countries.

Shashanka, who is from a village called Arangabad in the Jajpur district of Odisha, used to work with a newspaper in 2001. Out of curiosity, he learnt about the printing, publishing and the distribution of newspapers and started collecting Odia newspapers.

So the date was set – January 26, 2012 and he had 12 days. He emailed several national and international newspapers, got in touch with everyone from his network and managed to collect 392 newspapers from 47 cities, 20 states and three union territories in India, and one from Israel (Jerusalem Post). Needless to say, he set the record and now exhibits the newspapers at various places. 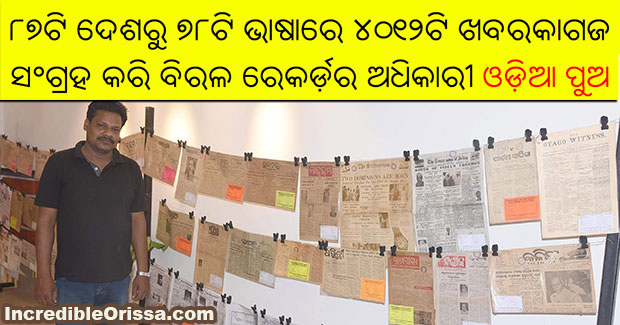