Paradeep Biswakarma Puja has been accorded prominence in Odisha like Durga Puja in Cuttack, Laxmi Puja in Dhenkanal, Kali Puja in Bhadrak, Sital Sasthi in Sambalpur and Thakurani Yatra in Ganjam district and Ganesh Puja in Talcher.

The Biswakarma Puja is relevant to Paradip because Hindu god Biswkarma is named as god of construction. The lord is the reigning deity of the vast industrial belt which houses some biggest plants and industries. Check Paradeep Biswakarma Puja 2019 photos here. 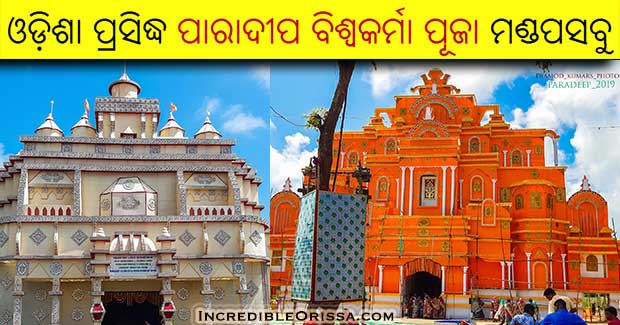 ALSO READ: Second international airport to come up in Bhubaneswar

The Biswakarma Puja celebration in Paradeep has a long history. When the port started in the year 1963 seven people from different communities had joined hands to organize the celebration aiming to establish communal harmony among residents living inside the town. The seed of communal amity sown by them grew into a massive tree later. 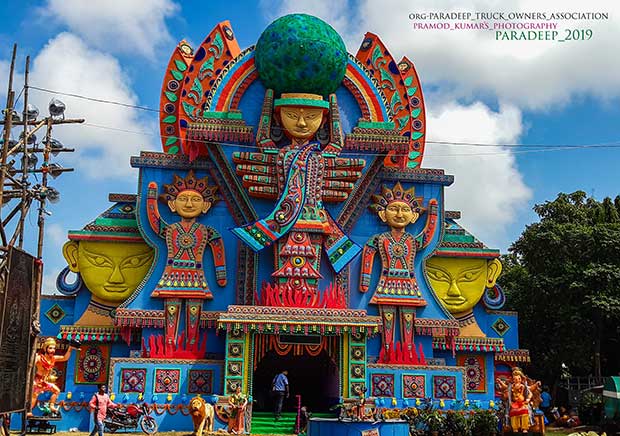 This year, Paradeep town was fully decorated for the Biswakarma Puja which began on September 17 and people are enjoying the Puja in about 50 big and small Puja pandals. The festivity will continue for one week with a mass immersion ceremony marking its end. 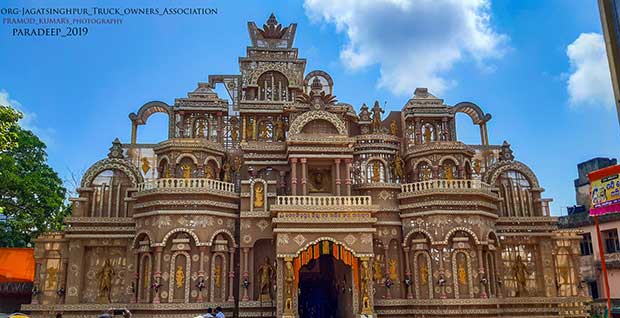 The size and theme of the pandals during the Vishwakarma Puja depend upon the fancy of the craftsmen and organisers. Many decorated pandals symbolizing different communities have been erected in various parts of the town. Events like musical night, cultural function, circus, opera performance by prominent Yatra troupes and fairs are organized during the celebration. 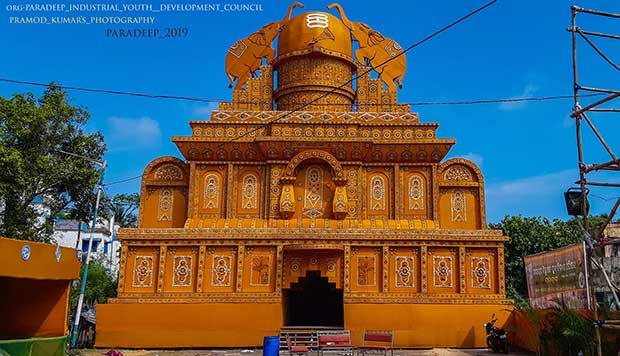 The civil administration and local police have made elaborate arrangements for traffic and crowd management. CCTV cameras have been fitted at various points to keep a vigil on the crowd. As many as 10 platoons of police forces have been deployed supported by 44 police officers, 54 constables and 84 home guards, informed Paradeep police station IIC.

Police control room, medical centers and information centers have been opened to help the public. The Paradip Port Trust and the Paradeep Municipality have extended their full cooperation for the celebration of the puja, including supply of electricity, drinking water and mobile toilets, etc.

It is a unique instance where every community people get themselves involved in the yearly Hindu festival, be they Hindus, Muslims, Christians or persons of any other religion. According to police records available, no incident of communal tension, violence and law and order situation ever happened during the Biswakarma Puja celebration in Paradeep over the last four decades. 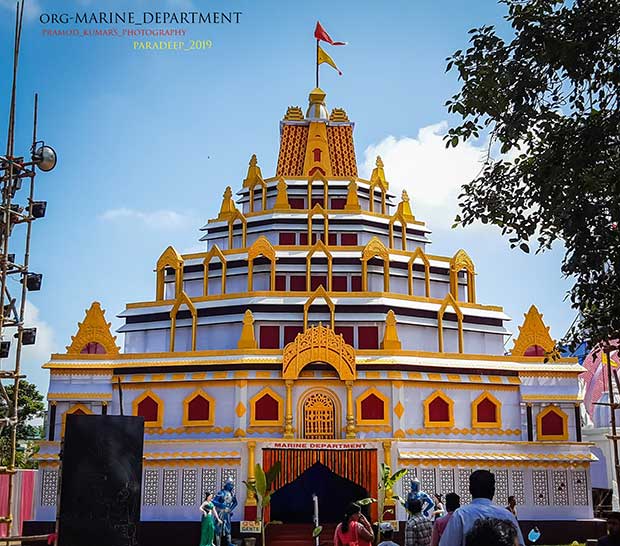