Ghosh was admitted to a private hospital at around 12.30 am on Sunday after she complained of uneasiness. She breathed her last after few minutes. She was 85.

The body has been kept in mortuary as her son and daughter, who stay in the US, will be arriving soon. Her brother and noted music director Swarup Nayak, producer Bapu Lenka and several Ollywood actors rushed to the hospital to pay last respects to the departed soul.

Following demise of the actress, entire Ollywood mourned and the dignitaries in the cine industry rushed the hospital to pay last respect to the departed soul.

Chief Minister Naveen Patnaik expressed grief over the demise of Ghosh and announced State funeral for her.

Born in 1933 at Manasinghpatana in Cuttack, Parbati had made a mark in her debut Odia film ‘Shri Jagannath’. Later, she successfully played several characters in films like Ámari Gaon Jhia, Bhai Bhai, Maa, Laxmi, Kaa, Stree, Sansar and many more.

Known as Chapala Nayak during her childhood, she was later rechristened as Parbati Ghosh after she married producer-director Gauraprasad Ghosh.

She was conferred with the national film award for her stellar performance in Laxmi, Kaa and Stree. Other awards conferred on her include Jayadev Puraskar and Bioscope Award.

In 1986, Parbati had acted and directed the film ‘Chha Mana Atha Guntha,’ based on the famous novel of Fakir Mohan Senapati. 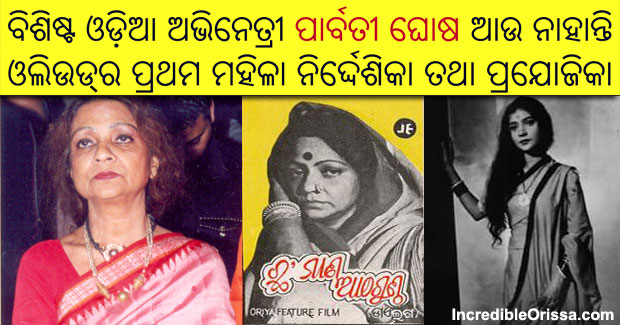