Now there is no parking fee for pick-ups and dropping off friends and family at the Bhubaneswar airport. The air passengers are likely to have hassle-free services.

The Biju Patnaik International Airport (BPIA) have brought forth new regulations under effect which will not require any charges on private and commercial vehicles for pick and drop. However, vehicles with contract carriage permit will be charged an access fee of Rs 40.

However, parking fee will be charged on all vehicles using airport parking facilities. While for two-wheelers, the charge is Rs 10 for 30 minutes and Rs 15 for up to 2 hours, four wheelers will have to pay Rs 20 and Rs 55 respectively for the same duration. On exceeding duration, two wheelers will be charged Rs.5 extra per hour for duration of upto seven hours and Rs 45 for 24 hours. Likewise, four wheelers will pay Rs 10 extra per hour and Rs 165 for duration of 24 hours.

Besides, the Bhubaneswar Airport will have another terminal soon. The terminal 3 will be constructed at the BPIA for the smooth operation of the flight services, announced Minister of State for Civil Aviation Jayant Sinha recently in Bhubaneswar. 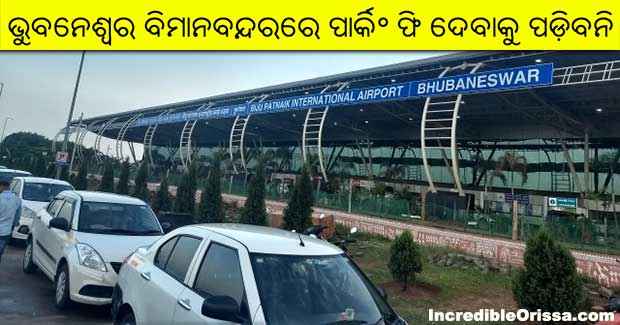