The time-consuming police verification process is all set to go online and is expected to cut down the delivery time for passports.

The Odisha government has directed the computerization of the entire process by July 1.

Chief secretary JK Mohapatra said – since around 80 percent of passport application comes from Cuttack and Bhubaneswar commissionerate jurisdiction, automation of the process in these areas will be focused in the first phase while the same process will be rolled out to other areas in phases.

With police verification made online, the process will be expedited and services will be provided in the least possible time at par with other metro cities of the country. 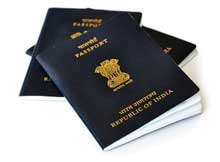 In 2013 year, 78,262 passports were issued through online system from Bhubaneswar office which was 53 percent more than the number of passports issued during 2012.

A target has been set to issue 1 lakh passports through the online system by the end of December this year.