Patali Srikhetra is a famous place with significant historical importance where the idols of Lord Jagannath, Balabhadra and Devi Subhadra were kept hiding in the caves of the Trikut hill for a period of 144 years.

This religious place is associated with Shaktism, Buddhism and Vaishnavism, it is located in the foot of Trikut Hill at Kotsamalai of the Birmaharajpur subdivision of Subarnapur district, Odisha.

The Madalapanji described that during the invasion of Raktavahu, a king named Sovanadeva of Odisha escaped with the images of Lord Jagannath, Balabhadra and Devi Subhadra. He then reached Sonepur and buried the images at a place called Sonepur-Gopali. After 144 years, a king name Yayati Keshari of Somavamsi dynasty got the images and made new images. He built a temple at Puri and enshrined the idols.

Patali Srikhetra will soon have its own Jagannath temple. 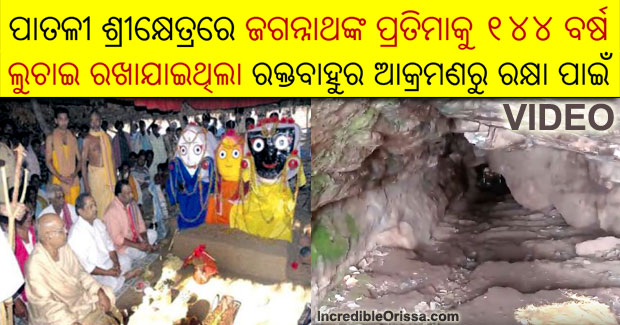