The Crime Branch officials on Thursday took Punjilal Meher, the mastermind in Patnagarh parcel bomb blast in which two persons were killed, on a six-day remand.

A team of senior CB officials will grill Punjilal at Bolangir Circuit House to extract more information about the execution of the crime and various other aspects in connection with the blast, sources said.

Police sources said, accused Punjilal Mehr was angry over the groom’s mother, Sanjukta Sahoo, taking over his post as principal of Jyoti Vikash Junior College and this may have led to the crime. It is still not clear whether the gift was meant for the newly-weds, Soumya Sekhar and Reema, or the groom’s parents.

Crime Branch IG Arun Bothra during a press conference on Wednesday said the crime was planned over eight months. “He bought firecrackers during Diwali and meticulously collected the gunpowder inside them to make 2 kg bombs. On the day he had to arrange for the dispatch, Punjilal took a class inside his college to mark his presence in town,” Bothra said. “He then caught a train to Raipur without a ticket. To avoid CCTVs, he paid an auto driver in Raipur to hand over the package to the courier service,” Bothra said.

“He attended my son’s marriage. We had invited all the staff and could not ignore him as he was a colleague after all,” Soumya’s father Ravindra said. “In 2014, my wife joined the college in Bhainsa. She was senior to this man by 13 years. By rules, the senior-most lecturer automatically becomes principal. However, this man was adamant that he would not give up his position. He initially harassed my wife at work, accusing her of not taking classes and coming late to work. When the government order appointing my wife as principal arrived, he sat on it for three months and did not vacate his seat,” he said. “When my wife took over as principal in May 2017, he would disregard her instructions and instigate staff against her. We largely ignored him,” Ravindra added.

Reema, who underwent extensive treatment for burns at Cuttack’s SCB Medical College, has demanded death for the accused. 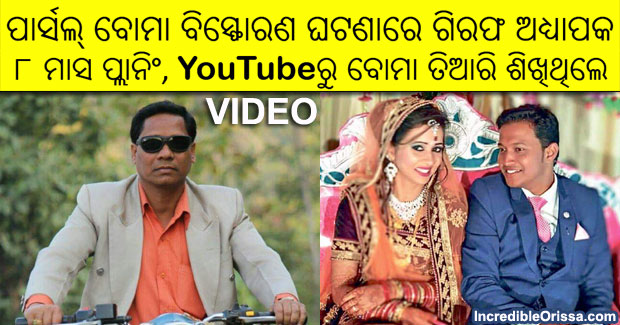