A meeting was held in this regard at State Secretariat in Bhubaneswar to discuss the rules to be implemented for plastic ban in Odisha. The details for collecting the plastic packets will be provided by through a public notice by August end.

Special agents will be hired to collect plastic packets and water bottles from the users. General public will be made aware of the scheme through public notice by August end, informed Forest and Environment Additional Chief Secretary Suresh Chandra Mohapatra.

“The state government will give 15 days’ time to the people for their opinion in this regard while a law to this effect would be enacted by September 15,” Mohapatra said. He said the chief secretary has directed the department concerned to implement the ban order within two weeks after the enactment of the law.

The Chief Minister had announced a ban on the use of plastic and polythene in the state from October 2 during a video conferencing of the ‘Ama Mukhyamantri, Ama Katha’ programme at the State Secretariat. 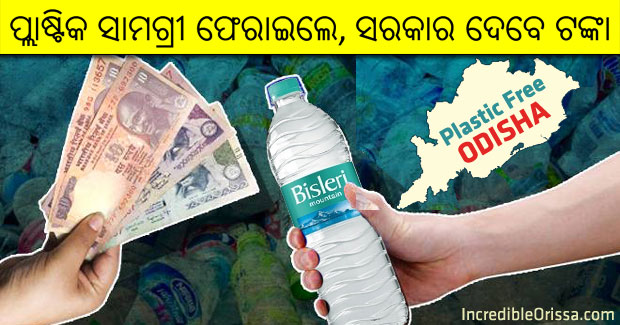