The Odisha Government will add 20% more seats in Plus 2 colleges from 2015-16 academic session in view of the excellent results in the matriculation examination this year, which is certain to raise the demand for seats in the state.

The Higher Education department on Wednesday announced that it would increase nearly one lakh seats in the Plus Two colleges.

“The seat expansion in colleges would be based on the infrastructure and interest of students in that college. We would certainly add 20% more seats and reconsider it should there be a need,” said Higher Education Department Minister Pradeep Panigrahy.

The minister made it clear that on an average there would be 20 per cent hike in the number of seats in each college. In cases, where infrastructure is good, the government may consider a bigger hike in the seat number, he said. 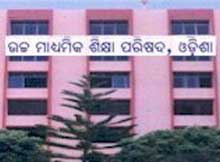 With the opportunities being even fewer for students opting for Science stream, the department is also considering increasing Science seats in junior colleges. “We are examining the availability of good laboratories and classrooms in various colleges and accordingly, seats in Science stream will also be increased,” Panigrahy added.