Over 4 lakh bank accounts were opened on Thursday in different banks of Odisha on the first day of PM ‘Jan Dhan’ Yojana (PMJDY), a financial inclusion programme, launched by Prime Minister Narendra Modi.

The event was organised by all banks operating in the state and coordinated by the State Level Bankers’ Committee (SLBC).

The scheme that seeks to ensure that every Indian household has a bank account was simultaneously launched at 60 strategic locations in the Country, including Odisha, with Prime Minister Narendra Modi launching it in New Delhi.

On the very first day of its launch, over 1.5 crore people opened bank accounts across the country.

The scheme is a financial inclusion scheme covering all households in the country with direct transfer of government benefits like pension, scholarships and other incentives through banking facilities, ensuring a bank account for each household, Rs 1 lakh accident benefit and Rs 30,000 life insurance. 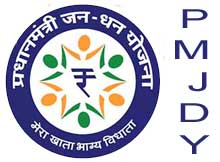 RBI had clarified that there is no requirement of submitting two separate documents for proof of identity and proof of address. If the officially valid document submitted for opening a bank account has both, identity and address of the person, there is no need for submitting any other documentary proof. Officially valid documents (OVDs) for KYC purpose include: passport, driving licence, voters’ ID card, PAN card, Aadhaar letter issued by UIDAI and Job Card issued by NREGA signed by a State Government official.