PM Narendra Modi addressed the nation in the 44th edition of his monthly radio programme ‘Mann ki Baat’ today. During his 30-minute speech, he admired D Prakash Rao, a tea seller from Cuttack in Odisha, running a school and spending half his income on children living in slums.

“D Prakash Rao, living in the slums of Cuttack, Odisha, who gave up everything of his in order to adopt and realize the dreams of others. I congratulate D Prakash Rao for his hard work, his persistence and for providing a new direction to the lives of those poor children attending his school. His life is inspiration to the whole country,” he said.

For the last 14 years, this Cuttack Tea Seller has been donating half of his income towards the running of a school in a slum which he founded. Read more details about him here.

D Prakash Rao runs a school for 70 underprivileged children for free. Also, he has donated blood two hundred five times. This is not the end. There’s more to the story of this extraordinary man.

Rao is the most sought-after person in SCB Medical College and Hospital, even ahead of its doctors, some would say. The man has himself donated blood more than 205 times, and gives platelets every 10 days. He is a key motivator for voluntary donation, and has a database of donors having rare blood groups. 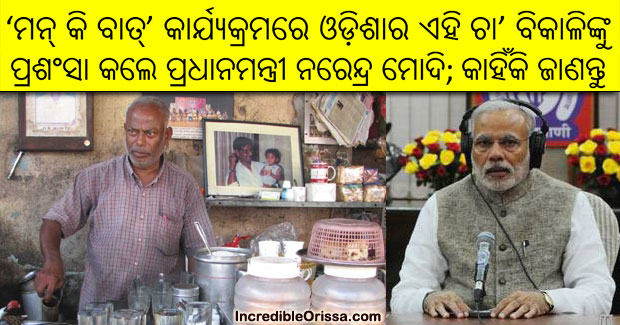