A new salinity tolerant paddy variety developed by an Odia agriculture scientist and a plant breeder at the Philippines-based International Rice Research Institute (IRRI) Kshirod Jena caught the attention of Prime Minister Narendra Modi during his visit to Los Banos in Philippines.

A native of Kendrapara district, Jena has developed the Near Isogenic Lines (NILs) of the IR24 rice variety. It is a short duration (about 100 days) variant with medium slender grain and good quality.

Jena, a plant breeder, has come up with the salt tolerant variety by transferring novel salt tolerance genes from the wild rice for the first time in the world. The breeding lines of the rice has been tested in sea water irrigated rice fields at Ilo Ilo in Philippines. The plants are highly fertile under salt stress and the yield is normal.

“I have used innovative strategies and transferred genes into rice. It can survive at two per cent NaCl and produce good yield under salt stress. The variety has been field tested in Philippines and it will be tested in Indian conditions next year,” Jena said.

Since about 20 per cent of rice area (about seven million hectares) is affected by salinity that covers coastal saline area as well as inland saline areas, the researchers believe the salt tolerant variety can increase rice production six fold from 0.6 tonne per hectare to more than four tonne per hectare. 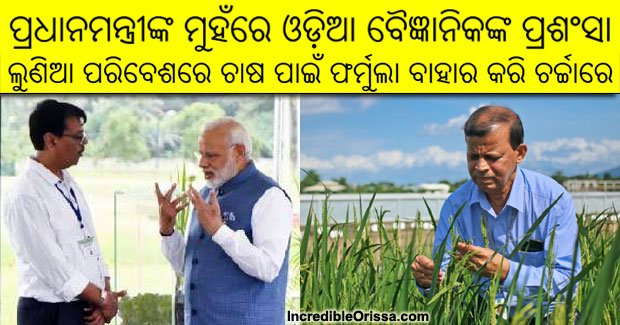