Prime Minister Narendra Modi, while addressing a public gathering at the Gosala ground in Khordha today, criticised the Odisha Government for not implementing the Ayushman Bharat Yojana (National Health Protection Scheme) in the state.

PM Narendra Modi launched a host of projects worth Rs 14,523 crore besides dedicating the new campus of IIT Bhubaneswar to the nation during his one-day visit to Odisha.

Modi also laid the foundation stone for the Indian Institute of Science Education and Research (IISER), Berhampur from the IIT campus. The institute will be built on 200 acres of land located at Laudigam in Ganjam district before December, 2021 with a project cost of Rs 1582.78 crore.

As a part of bicentenary celebration of the historic Paika Rebellion, the Prime Minister released commemorative coins, commemorative Rs 5 postage stamps and inaugurated the Buxi Jagabandhu Research Chair of the Utkal University.

Foundation stones of Indian Oil Corporation’s gas pipeline from Paradip oil refinery to Hyderabad with an investment of Rs 3,800 crore and Bokaro-Angul section of the Pradhan Mantri Urja Ganga project at an estimated cost of Rs 3,437 crore were also laid by the PM.

This apart, Modi inaugurated an Archaeological Museum in Lalitgiri and dedicate 50 additional beds of ESI Hospital in the city to people. Apart from increasing the capacity for indoor patients to 100 bed, the hospital has been modernised with improved health care facilities with an investment of Rs 73.5 crore. 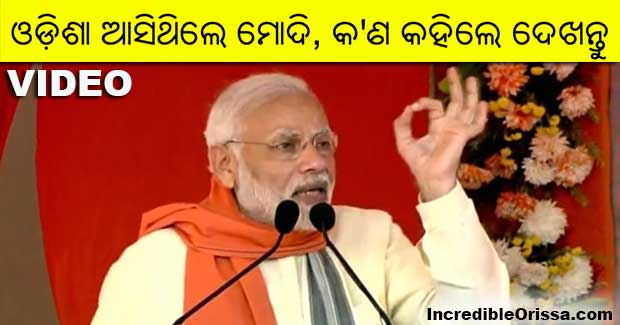