Centre has rejected plea of Odisha Government to treat POSCO as a special case and grant it prospecting license (PL) for Khandhadhar mines.

Union Steel and Mines minister Narendra Singh Tomar has said it is not possible to concede the request for exempting POSCO from auction under the provisions of the amended MMDR Act.

Now POSCO will have to bid in the upcoming auction to get an iron ore mine for its $12 billion steel project as per the MMDR Amendment Ordinance 2015 that provides for allocation of all mines only through the auction route. 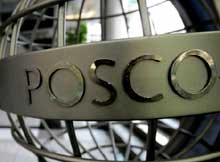 It may be noted that POSCO was previously promised the Khandadhar iron ore mine by the state government for its mega steel plant but the actual allocation never happened due to claims by other players and delays in regulatory approvals.