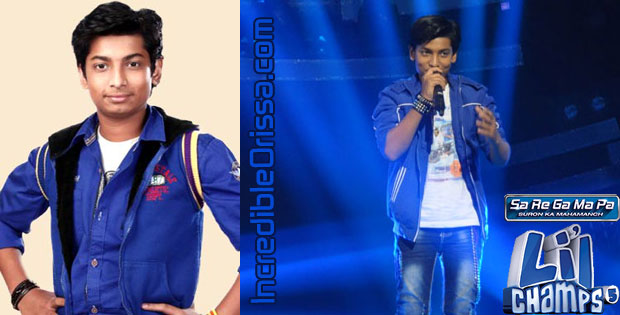 Prabhupada plays musical instruments like keyboard, tabla, harmonium and tanpura and wants to become a popular music director and singer.

Prabhupada Mohanty’s inspiration is his grandfather who was into Hindustani classical music. He gets inspired by – Rahat Fateh Ali Khan and Sonu Nigam.

Shaan, Monali Thakur and Alka Yagnik are the three judges of the show. Aditya Narayan is the anchor of this unique show that has offered golden opportunities to many Bollywood singers like Kunal Ganjawala, Shreya Ghoshal, Shekhar Rajviyani etc.

In a boys vs girls format, the Little Champs will embark on a musical journey where they will floor you with their command over sur and taal week-on-week, leaving you spell-bound with renditions of songs that you would least expect children of their age to have even heard of.

Though Prabhupada is very emotional by nature, like other kids of his age he loves cartoons like Chhota Bheem. His father is a businessman and mother is a housewife. Prabhupada has a puppy called Mukku and loves his family a lot. His favourite film is ‘Taare Zameen Par’.